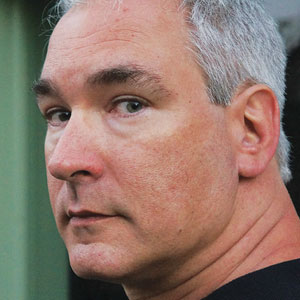 The Greek poets were the first to divide history into ages; spans of time marked by significant human achievement. Although the Gold, Bronze and Iron ages have long past, people still use the milestones of human achievement to mark time significantly longer than a calendar can depict. Historians grapple with identifying and naming humankind’s ages and therefore are only successful in doing so decades after the events that defined the age have past. However, the accelerating pace of technology means that age shifting events now occur in shorter cycles. Indeed, the span of time between the Space Age and Information Age falls within a generation. One might reason that the art of identifying age shifting technology becomes an exercise in trend analysis. However, unlike a trend, an age shifting technology must present a completely new and radical departure from accepted practices and present legal, moral and ethical challenges to society. Past challenges have included the questions “Does labor have rights?”, “Who owns the moon?” and “How do I protect my digital identity?” Today’s question seems to be “Can a drone invade my privacy?”

In a recent and very clever television ad, carmaker Audi parodies Alfred Hitchcock's "The Birds" using drones. Since drones are everywhere in the news, social media and entertainment, it is reasonable to consider them to be a trend. Closer analysis suggests that we are experiencing the leading edge of an age shift; the educational background and mathematical toolkit necessary to succeed in aviation today is fundamentally different than it was just a few years ago. People in my profession seldom manipulate the Bernoulli Effect or the curvature of complicated wing forms anymore. Instead, aerodynamics and motion are controlled using sensors, software, current flow and embedded logic. We are entering a new age of aviation and not just a phase where drones are trendy.

Radical change happens because of the efforts of those who implement change and also those who support the implementation. The unforeseen beneficiaries of age shift are almost always those who support the newly adopted core technology. Oversimplified examples include the general stores that profited by selling mining goods to pioneers of the California Gold Rush or how rail transportation expanded to meet the needs of the Industrial Age. Today, drones get all the publicity but it is the data service providers that will soon drive demand for bandwidth, cloud storage and remote processing. Today, size counts as never before.

After getting a brief glimpse of the specter just below the surface, Roy Schneider backs into the Orca’s wheelhouse and says to Robert Shaw, “You’re gonna need a bigger boat!”. At Monarch Inc., we use small battery powered drones to perform crop analysis, solar power inspections and 3D terrain mapping. Each mapping flight may last only thirty minutes but generates gigabytes of photographic data that needs to be fed into fast computers to render the final product. For every 100 acres, we typically generate 5 GB of field data that will process into a 60 GB map. If we were to capture only 10 percent of California's 43 million acres of farm land, we would generate 215 TB of data that needs to be transferred from farmland to processing and storage and then served to clients in final 2,580 TB form. Clearly, the data needs of this nascent industry will be staggering by any standard.

This new age of aviation represents more than just an opportunity for IT service providers to increase market share but radically changes the way big data is used in everyday life. As useful like the Google Earth, imagine if data was days old instead of years. Monarch provides mission planning maps for clients with large outdoor physical plants. After processing, the data set is fed back to Google Earth for distribution only to the client. The result is incredibly useful to our clients and is driving most of the demand for 3D mapping. The rural nature of most mapping jobs mean that WiFi or cellular technology is not available to allow instant data transfer from unmanned vehicles. As more farms recognize the utility of unmanned aircraft for crop analysis, the wireless infrastructure on the farm will have to become more robust. All that data needs to make it from the farm to the processing center and then back out for distribution. The burden of archiving terabytes of agricultural data is complicated by the farmer’s need to compare crop health and yields over time. Offline data storage is not an option because historical farm data never gets “old”

If the unforeseen beneficiaries of this new age of aviation are to be IT companies, what is the best way for them to progress past the Information Age? Good managers know that the best problem solvers are the ones that best understand the problem. For my team, a year spent traversing the San Joaquin Valley to understand the various and sometimes counter intuitive intricacies of turning input into culinary output was part of the necessary commitment. Research comes before development and the fastest way to accomplish this research goal is to reach out to the early adopters and find the bottlenecks

The technology research firm, eMarketer, recently projected global smartphone use to reach over 2.16 billion users in 2016 indicating to this writer that the Information Age is over when most 10 year olds have cell phones. Companies like Monarch Inc., will continue to push unmanned aviation and remote sensing to provide a greater understanding of the physical world. The opportunities today and the possibilities tomorrow make this a fascinating time to be in the aviation industry. Whatever name historians of the future choose to describe this age is not for us to ponder. How to manage success and the volume of data that comes with it are the focus of today.